Interestingly, the tagline "OUT FOR A RIP" was indeed properly trademarked for various items, including, stickers, drinking cups and beer steins. It's not the same as a beverage or a bottle, but it's very close. History shows that if you can orchestrate a PR campaign revealing how a big company ripped off the little guy, it can be a lot more effective compared to sending a demand letter in secret. That's what happened with the video United Breaks Guitars (https://www.youtube.com/watch?v=5YGc4zOqozo) that went viral with over 17 million downloads. That's what I suspect will also happen here—unless Coca-Cola nips it in the bud by reaching out to Brendan Richmond before his video gets too much attention. But even if he doesn't force Coca-Cola to settle, he's already won: by getting the media attention, which, for a musician, is more valuable than money. 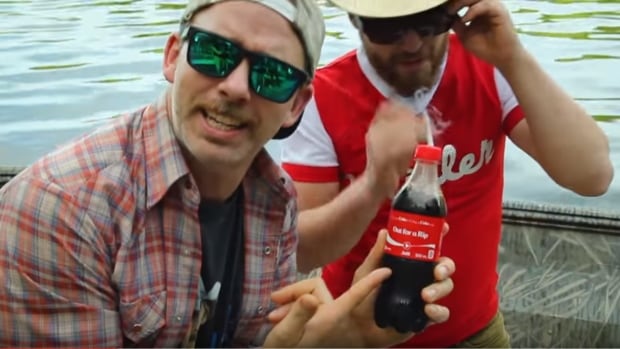