How To Guarantee Failure 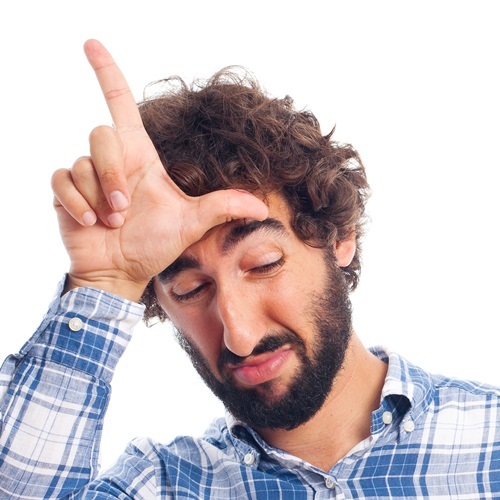 What is the best, surefire way to fail in your business?

How do you guarantee that the time, energy, and money you invest in building your business are wasted?

How do you snatch defeat from the jaws of victory?

Simply place yourself in a position where you can't possibly win.

A situation one of our clients just put himself in.

To protect the guilty, let's say his name was Brian.

Last March, Brian filled out a form on our website to book a time to discuss if we could help him trademark a brand.

We didn't have strategy advisors back then, so I was the one taking all these calls.

On March 27, 2018, we got on the phone, and he told me about his brand and how he was planning to launch a pizza restaurant soon.

Brian seemed serious about this, so I suggested he move forward with one of our packages.

We would then do a comprehensive trademark search to see if his brand is trademarkable.

If we believed the brand was registrable, we'd just get busy securing it for his restaurant.

If we discovered any issues with it, he could get all his money back, essentially getting a free consultation why his brand was problematic.

Brian asked, "Can I just get a free search and then decide if I want to trademark it?"

That was the model we had been using in the early days of Trademark Factory®—until we realized that it mostly attracted tirekickers, rather than those who are truly serious about protecting their brands.

So I told him it wasn't how we operate and confirmed the whole point about a full refund if we saw any issues with registrability of his brand.

Brian said he needed to think about it.

And usually when people tell us they need to think about it, it actually means they don't want to move forward, they just don't want to hurt our feelings and are being polite about it.

As expected, we didn't hear back from Brian.

This time around, Brian spoke to one of our strategy advisors.

This time, he was ready.

On February 24, he invested in our All-Inclusive package for both the name and the logo of his restaurant in both Canada and the U.S.

On February 25, the team did the necessary searches and realized that there was no way in hell that Brian could trademark his brand.

Almost identical names had been trademarked in both Canada and the U.S.

A long time ago.

In fact, those other trademarks were registered way before Brian booked his first call with me in 2018.

After we had to hit Brian with the bad news, the three of us got on the phone: Brian, our strategy advisor Bronson, and myself.

Understandably, Brian was frustrated and belligerent.

He was about to finally open the doors of his pizza place in less than a week.

He printed the menus, ordered the branded uniform, installed the signage, had professionally done videos and a gorgeous-looking website.

And here we were telling him not only could he not own the name, he couldn't even use it.

We gave him three options.

He could either have us file these trademarks with no guarantee—which, we told him, was a really bad option.

He could get a full refund, and it would be the end of it.

Or he could have a whole year to send us as many options as he was genuinely considering for the new name of the restaurant. In other words, we'd be doing additional trademark searches at no extra charge until he'd come up with another brand he'd love and that we'd tell him is registrable.

We made a compelling case how in such a competitive industry, it's all about the brand.

At the end of the day, the only real asset his company has is not the dough, the cheese, the sauce or the toppings, but the name.

These other companies recognized that, which is why they got their trademarks when they did.

What Brian told us in response was a complete shocker.

He said, "You know what, I'm going to go with the refund, I'm going to open as planned, and hopefully those other trademark owners simply don't notice me."

That is the ultimate lose-lose scenario.

Either he's going to stay so small and irrelevant that other trademark owners would pay no attention to him OR grow it enough for them to just come and take it all away from him.

The former option guarantees that he would spend his time, money, and energy on a business that he hopes will remain unsuccessful.

The latter option guarantees that he would spend his time, money, and energy on a successful business for somebody else.

Why would anyone do that to themselves?

And you know what pains me the most?

No, not that we had to give Brian a refund.

The fact that he could have found out about those other trademarks a whole year before he spent money on the menus, uniforms, signage, videos, and website.

There is no reason in the world to spend a minute of your life or a penny of your money—building a brand you can't own.

Unless you are dead set on showing the world yet another way to fail spectacularly in your business—why would you?