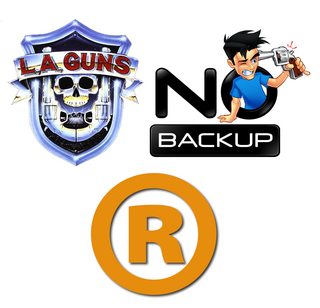 It was an interesting month in the sense that a couple of small things happened to me personally that demonstrated a common thread between things that are not usually seen as related.

First of all, I made a last-moment flight to L.A. to see the reunited L.A. Guns, a band I've really liked in the past that has had its share of revolving door musicians. They've finally reunited and had an amazing show at Whiskey A Go Go in Los Angeles.

I rented a car to get to the show and get around L.A. the next day. I never buy insurance but this time around, things were different. Instead of waiting in a long lineup at the counter, I decided to try Heinz's online kiosk with a remote live agent. During a live online conference, the agent mercilessly upsold me on the insurance.

Interestingly, I was primarily interested in checking out the kiosk to see how Heinz's online process worked, but there was more to it.

I'm not going to get into details, but after a long night's concert, I got into a car accident the next morning. I was perfectly OK, but my car and another gentleman's car weren't...

My first thought was, "Boy, I'm glad I got that insurance!"

My second thought was, "Oh my, imagine how dumb I'd feel if I didn't get the insurance after all the horror stories the online agent told me!"

Then, when I finally brought the car back to Heinz's parking lot, I realized that under the stress of car crash, I completely forgot to fill up the tank.

The lot attendant was just finishing up marking the damage to what used to be a brand new Mazda.

So I told him, "Oops, looks like I've forgotten to fill her up, what do I do now?"

Guess what he said? "Don't worry, I just marked it as 'returned with full tank'!"

My immediate reaction, "This was definitely the best $22 I've ever spent in my life! :)"

The second story is about hard drives.

With all the videos I generate, with all the music that I write, I have a lot of them...

Recently, I bought a new 3TB drive—and moved some of large and infrequently used files there.

And after just a few months, the drive failed, miserably.

It took me a while to remember what I actually had on that drive but when I did, I realized that I have completely forgotten to set up my backup program to take care of that new drive.

The same way, I had forever lost thousands of my old photos and videos.

Actually, after that first incident, and after spending over a thousand dollars trying to recover that drive, I bought a backup station and started backing everything up, religiously.

Until this month's episode, when I realized that my fanaticism in backing up had a flaw in that it didn't cover the new drive!

Luckily, I realized that the vast majority of what used to be on that drive was previously backed up as part of the other drives from where I copied those large files onto the new one.

Long story short, thanks to backups, i'm still smiling. Got a new drive instead of the old one—and got all of the critical data back as well!

I know all too well how it feels like to irretrievably lose something you value—especially when it would have been so easy to prevent it!

What does it have to do with trademarks?

A lot of business owners think that bad things only happen to others. It would never happen to them.

Just like I used to think that I'd never get into an accident while renting a car.

Just like I used to think that backing up was too much hassle.

On our Trademark News and Screw-Ups, I post comments about disputes around trademarks. Almost every day there's something or other about a trademarking dispute that could have easily been avoided.

Every day, lawyers are sending out demand letters to unsuspecting business owners alleging trademark infringement in respect of brands that those business owners treated as their own.

Every day, business owners around the world find their moods jumping from fury to despair over loss of something they've poured their hearts and souls into.

We never value something as much as when we realize that it's gone forever.

Don't let this happen to your brand!