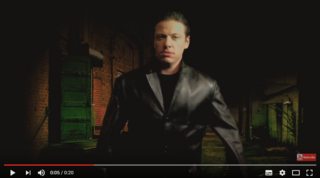 One of the first things I did after I started my law firm in Canada, was I shot a spoof video where I was advertising Mincov Law Corporation dressed as a Russian mobster.

A few days after I published that video, I got a letter from the Law Society demanding that I immediately take it down or risk being disbarred. In their opinion, with the video, I was creating an image unbecoming of the legal profession.

Seriously, consider the irony of the argument that my 21-second video would somehow damage the image of the legal profession... Horrifying, I know! If the whole thing wasn't so frustrating, I might have found this attention to my video flattering. I still wonder who was the snitch who reported me to the Law Society.

Since I was only starting out, I chose not to fight the bully. The battle would require significant resources from me: time, money, and most importantly, focus.

Most importantly, even if I managed to win the case against the Law Society, this victory would not bring me any additional intellectual property law business. And if I lost the case, well, I'd lose the license that at that time I thought was very important.

Really, it was a no-win situation.

So I took the video down.

As you know, last year, I voluntarily gave up my Canadian lawyer license to offer guaranteed, predictable trademarking services to clients around the world through Trademark Factory®.

At first, I simply made the banned video available again. But since it was touting the firm that no longer existed, Mincov Law Corporation, I also did a new voice-over for Trademark Factory®.

So watch the original and the new version and tell me what you think.

Do you think the Law Society were right in their decision to ban the video?